News - The air that we breathe

Society today is obsessed with being clean

We make sure that what we eat and drink is produced under hygienic conditions, that clothes are laundered, our homes, school and work places are ‘ultra’ clean, and personal hygiene issues are addressed. However, we rarely think about the air surrounding us and its potential health effects; or ways in which we can improve air quality.

At rest, the ‘average’ man would breathe in over 700 times per hour, exposing the lungs to over 350 litres of air. If you could manage to get the average five-year-old child to sit quietly for one hour, they would breathe in (and out!) about 1,400 times, using an astonishing 300 litres of air; an active child would use two to three times this volume! Small children and infants are at particular risk from airborne particulates, toxic chemicals and allergens in the air as their immune systems are not fully developed. Furthermore, their narrower airways and smaller lung capacity effectively exposes them to a more concentrated dose of pollutants compared to adults.

A recent report* by the Royal College of Physicians (RCP) estimated that there are about 40,000 deaths per year caused indirectly by the effects of outdoor air pollution, with a cost to the UK economy of over £20 billion. The report also states that the sources of air pollution have changed and that it is not just an outdoor problem; we spend much of our time (up to 90%) indoors, where we can be exposed to numerous pollutants from a variety of sources.

- Chemical fumes and dust from vehicle exhausts and industrial processes: the RCP Report lists the key pollutants in outdoor air as PM10 and PM2.5 particulates, oxides of nitrogen (mainly NO2) and ozone (O3).
- Sulphur dioxide (SO2), carbon monoxide (CO), hydrocarbons (including benzene, 1,3-butadiene and polycyclic aromatic hydrocarbons: PAHs) and metals are also significant from a health perspective,
- Radon,
- Chemical fumes and dust from building materials and soft furnishings, commonly used cleaning materials and even deodorant sprays,
- Second-hand cigarette smoke: contains over 4,000 chemicals. Vaping aerosols are much less toxic than tobacco smoke, however the potential health effects of e-cigarettes to both the user or bystander are still under review.
- Micro-organisms: particularly mould spores and mould VOCs (volatile organic compounds) in damp buildings. Bacterial infections such as TB and Legionnaires Disease, and viral infections such measles, colds and influenza can also be spread by infected droplets/aerosols.
- Pollen: hay fever is caused by pollen from grasses, trees, weeds and moulds. 50 per cent of adult hay fever sufferers are allergic to grass pollen – mainly rye grass and timothy, and 25 per cent of sufferers are allergic to birch tree pollen,
- House dust mites: house dust comprises mainly of skin flakes (we each shed up to 7 million skin flakes per minute!), fibres from soft furnishings and clothing, and dust carried in on shoes and in ‘fresh’ air. The mite droppings, are the most common allergen trigger, causing perennial allergic rhinitis, and
- Animal dander: domestic pets are a source of indoor airborne allergens, releasing dander which is a mixture of skin flakes, fur and dust produced from dried saliva and droppings.

Other facts and figures available from research on the health effects of airborne pollutants in the UK are remarkable and cause for concern:

- An estimated 9 million people in the UK suffer from hay fever (seasonal rhinitis) caused by exposure to pollen and/or mould spores. Millions also suffer from perennial allergic rhinitis – caused by exposure to aerosolized droppings (faeces) of dust mites, animal dander and (indoor) mould spores.
- Hay fever costs the UK economy about £324 million per year in lost productivity and lost days (according to the leading community pharmacy chain). During peak periods, it has been estimated that 1.3 million hay fever sufferers will be at work.
- 4 million people in the UK, including 1.1 million children, are currently receiving treatment for asthma (it is the commonest long-term medical condition in the UK).
- 4 out of 10 schoolchildren in the UK have at least one allergy: 2 children in every UK classroom suffer from asthma.
- 5. 3 people die from asthma every day in the UK.

In spite of these facts and figures, most people lead ‘normal’ lives, and most allergy sufferers respond well to medication and to a common-sense approach to reducing exposure to allergy triggers.

While there are national and international agreements and protocols to control vehicle and industrial emissions to improve outdoor air quality, there is little information regarding improving indoor air quality. Levels of indoor allergens can be reduced by:

- Keeping rooms well ventilated: when possible have the windows open to ensure natural ventilation (unless outdoor air pollution is a concern) and operate room heating at lower temperatures. These actions will reduce the levels of dust mites, moulds and bacteria as these organisms thrive in warm, humid conditions.
- In offices and commercial premises ensure that air conditioning units and duct-work are regularly cleaned and maintained, and photocopiers, ink-jet printers and 3-D printers are used in well-ventilated areas [or have dedicated exhaust ventilation systems];
- Replacing upholstered furniture and fabrics wherever possible e.g. replace carpets with hard flooring, and replace fabric curtains with blinds. Dust mites thrive in soft furnishings and it is easier to clean allergens from hard surfaces than soft (use ‘mite-proof’ mattress covers and pillow ticks at home);
- Reducing exposure to ‘scented products’: including perfumes, after-shave, nail polish and removers, air fresheners and fragranced cleaning materials.
- Some fragrances contain up to 1000 chemicals, including limonene, pinenes, acetone, ethanol, camphor, benzyl alcohol, ethyl acetate, benzene, formaldehyde, 1,4-dioxane, methylene chloride, acetaldehyde, synthetic musks, phthalates, etc., any of which may trigger asthma attacks, allergies, and/or sensitization.
- Damp-dusting all hard surfaces, this is more effective at removing allergens than dry dusting;
- Cleaning regularly using a vacuum cleaner which has HEPA filtration to prevent dispersal of allergens from floors/surfaces back into the air;
- Removing indoor plants, and ensuring all cleaning chemicals are securely capped and stored. Where possible reduce the use of aerosol sprays, and employ ‘green’ chemicals for cleaning. 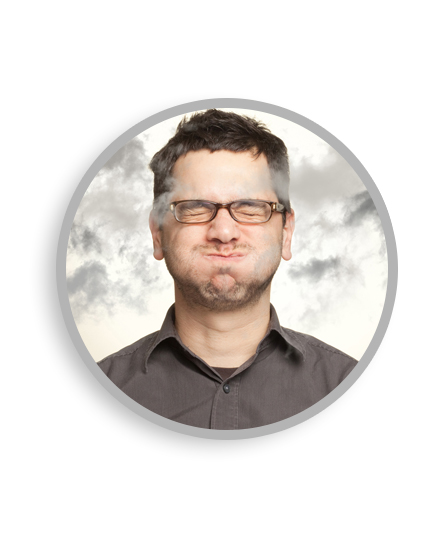 The use of air-treatment units to remove airborne chemicals, particulates and micro-organisms is well documented, and a wide range of technologies are used, either alone or in combination, including:

The choice of treatment device will depend on the application, capital outlay, running costs, technical back-up and supporting scientific literature. Customer reviews and testimonials often give useful information, but are usually biased in favour of the manufacturer. It is therefore refreshing, and a little unusual to find an independent assessment describing the beneficial health effects and economic savings achieved by one such technology.

AIRsteril units were installed at the control room and office areas of a NHS Trust Ambulance Service, and the effects on absenteeism (related to reported illness) compared over the same three one-month periods over two consecutive years; cost savings to the Trust were calculated in-house.

This was not a scientific study, but a real-life example of the benefits of an air treatment technology. Reductions in reported sickness were noted for asthma, colds & flu/respiratory issues, and gastrointestinal problems.

These observations are of immense economic importance. A recent study has shown that average sickness absence per employee in the UK stands at almost 6 days each year, which costs the GB economy around £16 billion! AIRsteril technology could bring about significant savings if applied to all offices and commercial premises, as well as improving the health and well-being of the workers!

Furthermore, there are important implications regarding the application of AIRsteril technology for infection control, reducing allergies, food bio-security, military and homeland defence.

*Every breath we take: the lifelong impact of air pollution. Report of a working party. London: RCP, 2016. [www.rcplondon.ac.uk/projects/outputs/every-breath-we-take-lifelong-impact-air-pollution]. 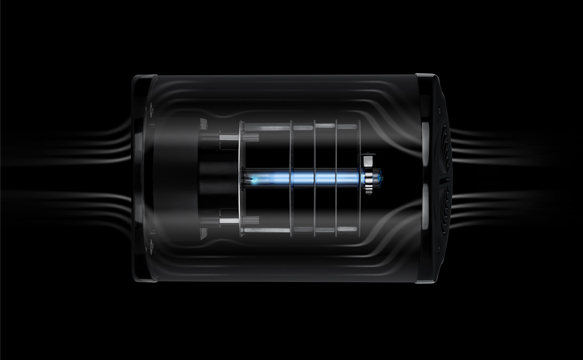 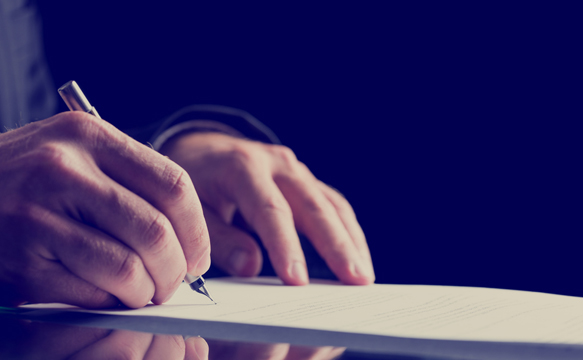 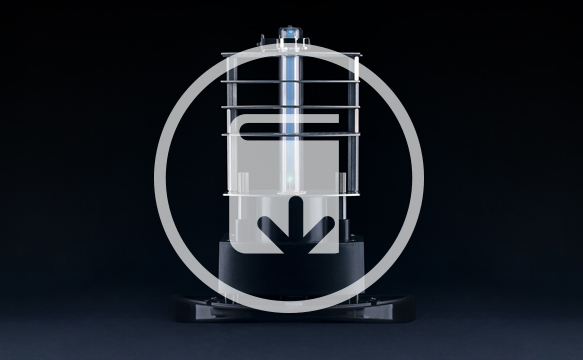 "The UK banking centre at Canary Wharf is populated with modern skyscrapers featuring the latest in office building technology. The Credit Suisse UK HeadQuarters allows staff to make the most of windows which has meant that the main building services are sited in the middle of the building. As such with long air ducting, their luxury washrooms struggle to maintain air quality and a clean, fresh smelling work place.

They have installed AIRsteril for odour and infection control in their washrooms. Convinced that the bacteria and viruses that cause infections are killed by AIRsteril, the new offices will feature MF units to ensure staff absenteeism is kept to a minimum."

"On a Test Match day at Lord's there are 25,000 people, mostly males, spending all day watching cricket and drinking. With several visits per person during the day the gents toilets can have up to a 10,000 footfall a day. The staff have had difficulty in clearing the resulting odours. The stainless steel trough urinals in some of the washrooms create added problems.

Just in time for a major Test Match, AIRsteril WRX trial units were installed in two of the major washrooms. After just a few hours, the units had managed to get on top of the smell, then controlled the odours throughout the 5 day match. The facilities staff are very pleased and plan to increase the number of installations before the start of the next cricket season."

Get in touch today